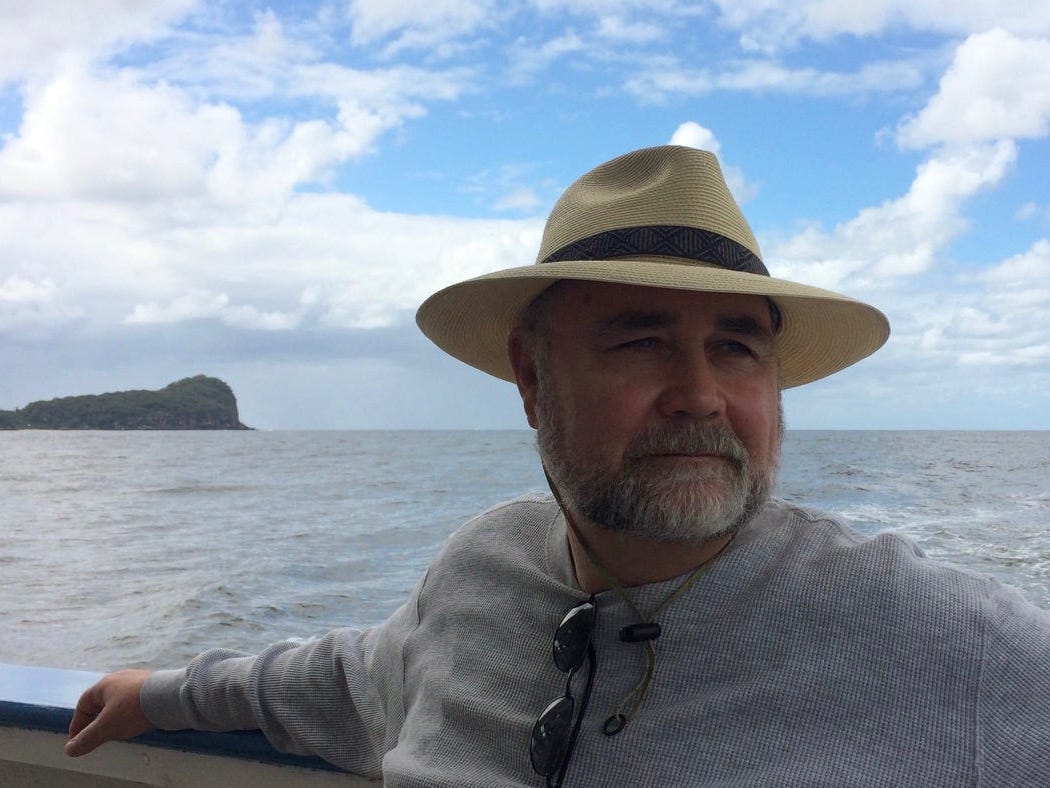 Everybody wants to make a good first impression, and for a mutual-fund manager, nearly doubling investors’ money in the first three years will do the trick.

That’s what Hervé van Caloen has pulled off with the Mercator International Opportunity Fund since its inception in April 2018. Investing in long-term trends like digitizing business and e-commerce, he’s assembled a diverse portfolio that held up well against struggling international indexes and stronger US-focused ones.

As of February 22, the fund had returned 95.6% to investors since its inception, according to Morningstar. Over the past year, it’s delivered an 80.8% return, while its benchmark, MSCI’s All-Country World Index (ex-USA), is up a solid but much less impressive 18.7%.

“We look to buy stocks that we think will go up multiple times, not stuff that will outperform next quarter, not stocks that will have earnings surprise on the upside,” van Caloen told Insider in an exclusive interview.

His approach stands out because he’s picking winners from areas that don’t attract much enthusiasm from other investors. Van Caloen invests only in “mature economies,” with about three-fourths of his money in developed areas of Europe like the UK, France, the Netherlands, and Scandinavia, and most of the remainder in Japanese stocks.

“I think the value-added element of the emerging markets is basically nil,” he said. “What I focus on is companies, and companies with good prospects, because they have great products or high value-added elements to it and potential great growth ahead.”

While his bets are spread out across industries, he has a notable position in semiconductor makers. He says developments like 5G broadband and the Internet of Things will make for a much longer-lasting increase in demand than the boom-and-bust cycles chipmakers have experienced.

After two very strong years in a row, van Caloen said he was adopting a more price-conscious approach.

“Especially now that we’ve made so much money in those growth stocks, I’m very agnostic about my investment style,” he said. “I’ve shifted a little bit more into turnaround situations, deep-value companies.”

That shift hasn’t slowed him down in 2021. One reason is that his 2018 bet on BlackBerry paid off in a very unexpected way.

“I bought it years ago, and it’s been a dog for a long time,” he said of the stock. “Their system, which is called QNX … is the platform for infotainment for more than 175 million cars around the world. So they have the installed base, and they’re trying to use that to become what I’ve been calling the Android of the cars in the future.”

Van Caloen invested in BlackBerry at the launch of his fund, and while the stock is down slightly since then, the short squeeze in January sent its stock to more than $25 a share. He sold a chunk at about $22. That let him book a large profit while cutting his position back to where it started, at about 3% of his fund’s assets.

Asked about his top choices today, he answered with a mix of pure-growth and “growth at a reasonable price” picks:

The British automaker is van Caloen’s largest position. He said the brand suffered serious damage over the years but that he thought Tobias Moers, its new CEO and a former Mercedes-Benz executive, was off to a good start.

“They have just launched a new SUV that has been very well received by the market,” he said. “They are now going to try to repeat the success of Ferrari, not at the same level, by rebuilding the brand name through Formula One racing.”

He said that was going to be a big help to Aston Martin’s marketing in Asia, Europe, and Latin America.

A more typical growth name is Ocado Group, which he said was taking its success in online grocery orders in the UK and striking international partnerships that would drive its growth in the future.

“They were the leaders and have developed a whole technology of managing the warehouses and being very efficient at delivering within a window of one-hour grocery,” he said, adding that Ocado was “basically becoming a technology company, selling their software and warehousing technology to the rest of the world.”

Future in the UK owns a string of magazines including Golf Monthly, Guitarist, and PC Gamer. Van Caloen says it’s a surprisingly high-growth name because it revitalizes the publications it buys. That makes it a strong performer in an industry few investors seem optimistic about.

It is “reinventing the whole magazine business by bringing it online and adding revenues by not just selling subscription and advertising but selling a click-through business as well,” he said. “Whenever there is a product that is highly recommended, they can actually click on it and buy right there.”

“They are world leaders in building motors for electric cars,” van Caloen said of Nidec, which has more than doubled in value since he bought it in early 2019. “It’s having a lot of success selling right now. There’s a huge demand for that. So they’re selling too many cars, not just in Japan but then in Europe as well.”

Recently he’s been building a position in Watches of Switzerland Group, a UK company that is expanding in the US.

The Fund invests significantly in common stocks of companies domiciled in developed countries outside of the United States. The Fund seeks to invest in stocks of companies that it believes have the potential for growth. The Fund will invest at least 40% of its assets in securities of companies domiciled outside the United States, which the Fund defines as securities listed primarily on exchanges outside the United States. The Fund relies on the professional judgment of its portfolio manager to make decisions about the Fund’s portfolio investments. The basic investment philosophy of the investment adviser is to analyze information on securities in the Fund’s investment universe to determine their long-term attractiveness. The adviser believes that an important way to accomplish this is through fundamental analysis, which includes analysis of a company’s assets, liabilities and earning, review of a company’s public filings, and may also include meeting with company executives and employees, suppliers, customers and competitors. The Fund may invest in securities of any market capitalization. Because the Fund is seeking long term appreciation, these securities may be held by the Fund for a period of two years or more. Securities may be sold when the adviser believes that they no longer represent relatively attractive investment opportunities.