Hervé van Caloen has quietly beaten 99% of his peers for 2 straight years at a $35 million fund manager. He breaks down his self-made strategy, and explains why being at a smaller firm gives him the edge. 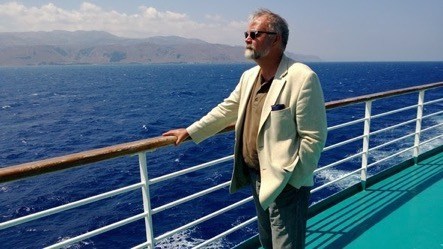 In a 35-year career, Hervé van Caloen has managed funds and strategies for a string of big firms.
Three years ago he launched a small international growth fund that ranks in Wall Street’s top 1%. Van Caloen told Insider why leaving “corporate America” is working for him.

Some people thrive when they’re their own boss, and three years in, it seems to suit Hervé van Caloen. Van Caloen spent the last 35 years managing portfolios and mutual funds for a series of major asset managers including PaineWebber, Mitchell Hutchins, and Schroeders. In the 1990’s he helped Provident Capital Management boost its international assets sevenfold, to the $1 billion mark.

He built a track record as an international investor. He’s spent the last decade as the fundamental investment chief for Belpointe Asset Management, a $1.7 billion firm based in Connecticut. But van Caloen’s most impressive demonstration of knowledge might be what he’s done since starting the Mercator International Opportunity Fund.

The fund, a little less than three years old, landed in the top 1% of the foreign large-blend category in 2019 and 2020 and is on pace to do it again in 2021. Over the last 12 months it’s returned 84.4% to investors, according to Morningstar data.

That stands out dramatically among international funds, and in an exclusive interview with Insider, he says that going his own way had a lot to do with his recent success.

“Where I can do things differently, and that’s why I left corporate America, is that if you are working for those big mutual fund managers, your hands are tied all the time,” he said. “I can do things the way I think it should be done.”

While a manager at a larger firm would have to stick to geographic diversification rules, van Caloen has concentrated in a handful of developed markets with about three-fourths of his investments in a handful of European countries and around 20% in Japan. He has no investments in emerging markets, an unusual approach to a global growth fund.

The Opportunity fund has an impressive early track record, but between its launch in April 2018 and the end of that year it dropped almost 22%, according to Mercator’s data. Van Caloen stayed the course, and he says that would have been difficult at some of his other stops.

“You get constant pressure not to underperform quarter after quarter, which means that you always try to be in line with the index,” he said. “That makes it very difficult to perform because they are so afraid to have a bad quarter.”

That paved the way for a 38.8% return in 2019 and 55.6% in 2020, according to Morningstar. Some of his strongest recent performers, like UK-based software maker Ocado Group, were disappointments before eventually taking off. He would have been pushed to sell others, including BlackBerry, before they’d gone as high as he thought they could go.

“This business is all about compounding returns. So if you sell as soon as your stock does well, you don’t let it compound,” he said.

Since he doesn’t have to deal with as many restrictions on his investing approach, van Caloen is able to invest more freely and patiently. And that frees him from another cons taint: He doesn’t have to time his investments perfectly.

It’s also liberated him to change strategies as he sees fit. Since he’s hit on some of his biggest investments, van Caloen says he’s looking for new and cheaper opportunities with more of a value investing bent. Will that work as well as his moves over the past three years? Only time will tell.