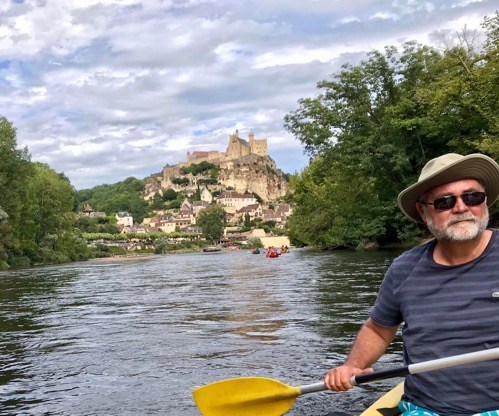 Year to date, the Fund is up 25.0%, outperforming the Morgan Stanley EAFE index by 12%.

*inception of MOPPX is 4/2/2018
Past performance does not guarantee future results. Loss of principal is possible. Investment returns and principal value of an investment in the Mercator International

**Foreign Large-Blend portfolios invest in a variety of big international stocks. Most of these portfolios divide their assets among a dozen or more developed markets, including Japan, Britain, France, and Germany. These portfolios primarily invest in stocks that have market caps in the top 70% of each economically integrated market (such as Europe or Asia ex-Japan). The blend style is assigned to portfolios where neither growth nor value characteristics predominate. These portfolios typically will have less than 20% of assets invested in U.S. stocks.

Opportunity Fund will fluctuate so that an investor’s shares, when redeemed, may be worth more or less than their original cost. For up-to-date performance information please contact the fund’s transfer agent at 1-800-869-1679T.

Today, economic policy debate around the world seem centered on a simple choice of stimulus methods for avoiding recession. In the past, recessions were an accepted fact of life. But now, every time there is a hint of slowdown, the cry for stimulus rises up, with the only question being how to do it. Should the central bank lower interest rates and grow the monetary base or should the government be more profligate with taxpayers’ money?

Maybe the focus is all wrong. Like over prescribed antibiotics, these methods are losing their efficacy. Just avoiding recession is not the same as creating growth. In Europe and Japan, a better tonic for flagging economies may be to cut regulation and free up entrepreneurs to do what they do best. What the world needs now is less top-down policy making and more Shark Tank shows. Make entrepreneurs sexy again.

The US Federal Reserve was given a two-part mandate of keeping inflation and unemployment at low levels. But with the “Greenspan put” and Bernanke’s “wealth effect”, the Fed unilaterally took on the additional task of supporting asset prices. Moreover, we recently heard from a former head of the New York Fed that helping the “right” presidential election outcome is a natural extension of monetary responsibilities. This is no longer mission creep. It is an outright
power grab.

Similarly, the European Central Bank has dramatically enlarged its area of influence. It is hard to recall, but the ECB’s sole official mandate is keeping price stability in Euroland. Nowhere is it mentioned that their authority includes managing economic growth or unemployment rates, let alone bond prices. But Mr. Draghi’s “whatever it takes” attitude has led to never-ending quantitative easing. These repetitive bond-buying programs have pushed yields into negative territory. Has there ever before been a sustained period when borrowers were paid to lend money? Such aggressive intervention may have managed to delay a recession in Europe, but at what long term cost? In any case, this was never any of the ECB’s business.

And then there is the case of Japan. Their central bank took monetary easing even further. What should investors make of the fact that the Bank of Japan is not only a huge investor in bonds, it is also the top shareholder of Japanese stocks?

Five years ago, Prime Minister Abe of Japan recognized the need for structural reform when he ran for office. Together with fiscal stimulus and monetary easing, it was one of the “three arrows” of his economic plan. However, as so often happens, “Abenomics” got very watered down once it was time to deliver on real reforms. Not much has changed in the land of the rising sun besides the aggressive and politically convenient monetary policies.

In Europe, over decades, increasing regulation weakened people’s animal spirits. Where spots of growth did appear, Brussels could not leave it alone to build on itself. Instead, EU bureaucrats shoveled thick new layers of Europe-wide regulations on top of the accumulated sludge of national laws. Sluggish growth was the result.

Just avoiding recession is not the same as creating growth. With safety as the focus, forward motion may be sacrificed. Without a new approach, economic stagnation is likely to become the new normal.

Monetary and fiscal policies can help in the short term, but without innovation, spending money becomes a zero-sum game. Printing money may stimulate demand for existing products and services. But it is innovation that gives everyone more bang for his buck. One only has to look at the cost and quality of TVs nowadays to understand how buying power grows dramatically with innovation. Innovation and competition are better than printing money.

Where does economic growth actually come from? In emerging economies, it is often driven by exports of commodities. Emerging markets do well if global demand is strong. In developed economies, growth depends on innovation, driven by entrepreneurs. That is why an environment that nurtures entrepreneurs and their ambitions is a precondition for sustained growth in developed countries. Unfortunately, once they reach a certain level of comfort, countries too often forget what made them rich. Worse yet, in many developed countries outside of North America, entrepreneurs are demonized and punished for their success.

The US is fertile ground for starting businesses, but entrepreneurs exist everywhere, even where conditions for their success are not optimal. As I travel around the world, I meet impressive businessmen and women. Europe and Japan have great entrepreneurs. It could even be argued that entrepreneurs who survive in unsupportive environments are by necessity
among the best. What flourishing could be possible if the cultural and policy settings in which they operate became less restrictive?

Much more than the same-old, tired, top-down policies, a change of attitudes might well unleash surprising growth. Europe and Japan need to rediscover the joy of creating businesses and making money. Companies like the ones MOPPX invests in can show the way.

The Mercator International Fund is up 25% so far this year despite slowing economies.

The Fund’s main focus is on successful foreign entrepreneurial companies that have reached what we think of as the “sweet spot” in their life cycle. These companies are big enough to be listed on a stock exchange, yet small enough to expect a lot of growth in the future. Companies with a proven business model while still early in their development.

Mutual fund investing involves risk. Such risks associated with the Mercator International Opportunity Funds as well as applicable investment objectives, charges and expenses must be considered carefully before investing. This and other important information about the Mercator International Opportunity Fund is found in the Prospectus, a copy of which or current performance information may be obtained by contacting Mutual Shareholder Services (“MSS”) toll free at 1-800-869-1679. We encourage you to read the prospectus carefully before investing.

MOPPX Total Annual Fund Operating Expenses is 2.20%. The Advisor has contractually agreed to waive fees and/or reimburse expenses of the Fund to the extent necessary to limit total annual fund expenses (excluding brokerage costs; underlying fund expenses; borrowing costs such as (a) interest and (b) dividends on securities sold short; taxes; and extraordinary expenses) at 1.65%. The waiver of fees and/or reimburse expenses is scheduled to expire on May 31, 2020.

MOOPX Total Annual Fund Operating Expenses is 5.42%. The Advisor has contractually agreed to waive fees and/or reimburse expenses of the Fund to the extent necessary to limit total annual fund expenses (excluding brokerage costs; underlying fund expenses; borrowing costs such as (a) interest and (b) dividends on securities sold short; taxes; and extraordinary expenses) at 1.45%. The waiver of fees and/or reimburse expenses is scheduled to expire on August 31, 2020.

Past performance does not guarantee future results. Loss of principal is possible. Investment returns and principal value of an investment in the Mercator International Opportunity Fund will fluctuate so that an investor’s shares, when redeemed, may be worth more or less than their original cost. For up-to-date performance information please contact the fund’s transfer agent at 1-800-869-1679.

Investing in mid or small cap companies can be considered riskier than investing in large cap companies. In addition, the size of companies comprising an Index, although midcap by some country standards, could be considered small cap in the U.S. Currency risk involves the chance that the value of a foreign investment, measured in U.S. Dollars, will decrease due to unfavorable change in currency exchange rates.

Arbor Court Capital, LLC serves as the Distributor for the Fund and is a member of FINRA and SIPC.