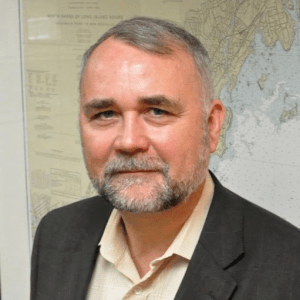 In the last weeks of the quarter ending June 30, the Mercator International Opportunity Fund (MOPPX) gave back early gains to end its first quarter with a +0.4% return. This compares to a return of -1.24% for the international benchmark, the Morgan Stanley EAFE Index. MOPPX was launched on April 1, 2018 and is modeled after the Mercator International Portfolio which has 3 1/2-year track record. This past performance is not indicative of future returns, for up-to-date performance data please contact our transfer agent at 1-800-869-1679. See Note 1.

Note 1
Mutual fund investing involves risk. Such risks associated with the Mercator International Opportunity Fund (MOPPX) as well as applicable investment objectives, charges and expenses must be considered carefully before investing. This and other important information about the Mercator International Opportunity Fund is found in the Prospectus, a copy of which or current performance information may be obtained by contacting Mutual Shareholder Services (“MSS”) toll free at 1-800-869-1679. We encourage you to read the prospectus carefully before investing.

The sell-off in global markets at the end of the quarter seems to have been triggered by a looming trade war. The more rhetoric between trading partners intensified, the more money flowed out of equity funds and ETFs around the world. Investors don’t like tariffs or anything that stands in the way of free trade. However, every international investor or businessman knows the US has been taken advantage of for too long. Gaping trade deficits have persisted for decades, with China in particular benefiting greatly from a one-way system — they produce and we buy. This combined with China’s habit of stealing intellectual property has made today’s “free trade” unsustainable.

The present administration has decided to level the playing field and is no longer asking politely for other countries to lower their barriers. President Trump is determined to get results and markets are justifiably concerned about the short term disruptions it may cause. The discussions, sometimes ugly, will not end until a new economic order emerges.

In the long run, the risk is that these negotiations get out of hand and barriers go up everywhere. Yet short of a global recession, a lot of companies will not in the least be affected by a trade war. Some may even benefit. Think for example about the need for semiconductor production equipment. Already the Chinese, who spend more money on imports of semiconductors than on oil, have identified the semiconductor industry as a strategic priority. To reduce its dependency on imports, China will invest massively in semiconductor precision equipment, in which Japan specializes. A trade war between China and the US is making the need for substitution even more pressing, something the fund should be in a position to benefit from through holdings in Japanese manufacturers.

There are other ways international investors can take advantage of the current trade uncertainty. Many stocks in Europe are being sold due to general nervousness over headlines, even though we believe the actual impact on those names should be little or nil. For example, this is a good time to buy Scandinavian construction and engineering companies. They are now focused on Norway’s ambitious and well financed infrastructure plans, not Tweets coming out of the White House. Similarly, biotech companies are unlikely to slow development of cancer drugs because of trade jitters.

As portfolio managers, we have no particular insight into where all this will end. We do believe, however, that the headlines are part of the negotiations, that the US has a much stronger hand than markets want to give it credit for and that a fairer trade system will benefit everyone.

US trading partners would be wise not to resist these coming changes too much. China would do well to bide its time. Its economy is not mature enough to take the US head-on. Neither is Europe in a good negotiating position. After the usual knee-jerk anti-American reaction, the EU will have a hard time keeping a unified position. How can Brussels please all of its 27 members? The US administration is already pitting German car manufacturers against their French counterparts. German cars depend heavily on exports to the US, whereas Peugeot and Renault have long since exited the US market. One suspects the latter CEOs spend less time on Twitter than the heads of Daimler, BMW and Volkswagen. To use author Nassim Taleb’s inelegant expression, the US economy is by far the most “unfragile”. Of the major economies, It is the most flexible and the least dependent on exports.

We invested in all three of these companies after visiting with managements. We liked what they were doing and ignored the political crisis, even the potential collapse of the country’s banking sector.

Similarly, after a trip to Japan last February, we came back convinced that the Japanese economy and stock market had finally turned the corner. After nearly three decades of slow motion restructuring “Japan Inc.” is feeling positive again. Prospects are particularly good for companies benefiting from the current mega cycle in semiconductor demand. As noted before in this article, Japan is famous for the quality of its semiconductor production equipment (SPE). It is our belief that: this sector is enjoying an explosion in demand generated by the revolution in artificial intelligence, big data, robot cars, electric vehicles and the next generation of mobile telecommunication technology (5G); The present cycle is unlike anything we have seen before. The demand will be much bigger than that created by personal computers or by the cell phone revolution; and unlike the relatively short semiconductor cycles of the past, this one should last a decade, if not more.

Contributors to Q1 Portfolio Performance.
MOPPX’s best performing stock was the British company Ocado, (The Fund holds as a percentage of portfolio 1.53% as of 6/29/18) which nearly doubled last quarter, rising 94%. Ocado is a very efficient online purveyor of groceries. Besides its own distribution company, Ocado has also been able to sell its software and expertise to large brick-and-mortar food retailers such as Casino in France and Sobeys in Canada. But the big stock price move happened when they announced a deal to manage up to 20 warehouses for Kroger in North America.

Our biggest disappointment was with Pandora, (The Fund holds as a percentage of portfolio 1.06% as of 6/29/18) the low-end Danish jewelry chain store. The stock fell more than 35% over the quarter because Pandora’s restructuring seemed to be stalling. We have not sold our position and plan to give the new CEO a bit more time. In our view, he has a well thought-out strategy to reinvigorate their US business and to keep Pandora’s sales in Asia growing. Finally, it is important to note that the Mercator International Opportunity Fund does not, under normal circumstances, invest in emerging markets. The fund focuses on mature markets in Europe as well as Japan, Hong Kong, Australia and Canada.

Mutual fund investing involves risk. Such risks associated with the Mercator International Opportunity Fund (MOPPX) as well as applicable investment objectives, charges and expenses must be considered carefully before investing. This and other important information about the Mercator International Opportunity Fund is found in the Prospectus, a copy of which or current performance information may be obtained by contacting Mutual Shareholder Services (“MSS”) toll free at 1-800-869-1679. We encourage you to read the prospectus carefully before investing.

Past performance does not guarantee future results. Loss of principal is possible. Investment returns and principal value of an investment in the Mercator International Opportunity Fund will fluctuate so that an investor’s shares, when redeemed, may be worth more or less than their original cost. For up-to-date performance information please contact the fund’s transfer agent at 1-800-869-1679.

The Morgan Stanley AEFE Index® measures the performance of large and mid-cap securities across 21 developed markets, including countries in Europe, Australasia and the Far East, excluding the U.S. and Canada, commonly referred to as EAFE. It is used for comparison purposes only, and is not meant to be indicative of the Mercator International Opportunity Fund’s performance, asset composition, or volatility. The performance of the Morgan Stanley AEFE Index ® is performance is with all dividends reinvested and does not reflect deductions for fees or expenses. Investors cannot invest directly in an index.

Investing in mid or small cap companies can be considered riskier than investing in large cap companies. In addition, the size of companies comprising an Index, although midcap by some country standards, could be considered small cap in the U.S. Currency risk involves the chance that the value of a foreign investment, measured in U.S. Dollars, will decrease due to unfavorable change in currency exchange rates.

Arbor Court Capital, LLC serves as the Distributor for the Fund and is a member of FINRA and SIPC

The Fund invests significantly in common stocks of companies domiciled in developed countries outside of the United States. The Fund seeks to invest in stocks of companies that it believes have the potential for growth. The Fund will invest at least 40% of its assets in securities of companies domiciled outside the United States, which the Fund defines as securities listed primarily on exchanges outside the United States. The Fund relies on the professional judgment of its portfolio manager to make decisions about the Fund’s portfolio investments. The basic investment philosophy of the investment adviser is to analyze information on securities in the Fund’s investment universe to determine their long-term attractiveness. The adviser believes that an important way to accomplish this is through fundamental analysis, which includes analysis of a company’s assets, liabilities and earning, review of a company’s public filings, and may also include meeting with company executives and employees, suppliers, customers and competitors. The Fund may invest in securities of any market capitalization. Because the Fund is seeking long term appreciation, these securities may be held by the Fund for a period of two years or more. Securities may be sold when the adviser believes that they no longer represent relatively attractive investment opportunities.